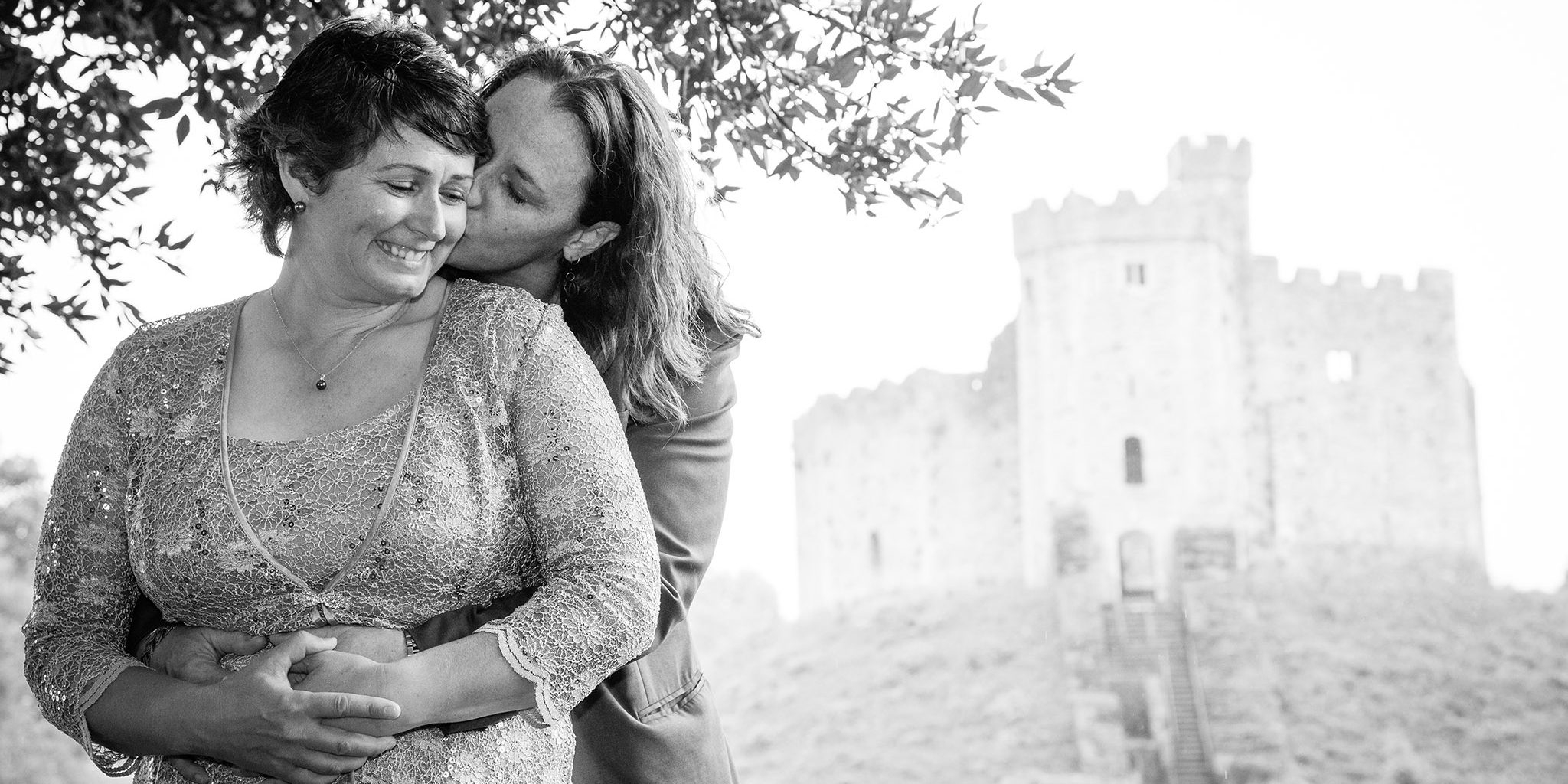 We were recently hired for Wedding Photographer Cardiff Castle by Natalie & Britt. Unfortunately it rained all day and was unable to take photos in the beautiful grounds. We managed to brave it out side for one or 2 photos but everything else had to be taken inside. Such a shame but you cant control the weather.

Cardiff Castle is one of Wales’ leading heritage attractions and a site of international significance. Located within beautiful parklands at the heart of the capital, Cardiff Castle’s walls and fairytale towers conceal 2,000 years of history.

The Roman fort at Cardiff was probably established at the end of the 50s AD, on a strategic site that afforded easy access to the sea. Archaeological excavations indicate that this was the first of four forts, each a different size, that occupied the present site. Remains of the Roman wall can be seen today.

After the Norman conquest, the Castle’s keep was built, re-using the site of the Roman fort. The first keep on the motte, erected by Robert Fitzhamon, Norman Lord of Gloucester, was probably built of wood. Further medieval fortifications and dwellings followed over the years.
Bute Family

The Castle passed through the hands of many noble families until in 1766, it passed by marriage to the Bute family. The 2nd Marquess of Bute was responsible for turning Cardiff into the world’s greatest coal exporting port. The Castle and Bute fortune passed to his son John, the 3rd Marquess of Bute, who by the 1860s was reputed to be the richest man in the world.

From 1866 the 3rd Marquess employed the genius architect William Burges to transform the Castle lodgings. Within gothic towers he created lavish and opulent interiors, rich with murals, stained glass, marble, gilding and elaborate wood carvings. Each room has its own special theme, including Mediterranean gardens and Italian and Arabian decoration. The 3rd Marquess died when he was only 53 in 1900.

Despite huge death duties on the estate, the 4th Marquess completed many of his father’s restoration projects including the reconstruction of the Roman wall. The Bute family continued to stay at the Castle throughout the 1920s and 1930s, although they had sold off many of their business interests in south Wales.

A gift to the city of Cardiff

Following the death of the 4th Marquess of Bute, the family decided to give the Castle and much of its parkland to the city of Cardiff. For 25 years, the Castle was home to the National College of Music and Drama and since 1974 has become one of Wales’ most popular visitor attractions.

‘The Essential Cardiff Castle’ by Castle Curator Matthew Williams is the definitive guidebook to the fascinating history of this site and is available from the Castle Gift Shop.

About Us Corporate Video
12th November 2021